Robin Teigland (PhD) is Professor of Strategy and Management of Digitalization in the Entrepreneurship and Strategy Division at Chalmers, in Gothenburg, Sweden, where she was recruited to build bridges between technology and the development of society.  She is also the Director of Ocean Data Factory Sweden – Sweden’s national initiative for AI-driven innovation based on ocean data.

Recently Robin published three books with Routledge on fintech, the future of labor, and digitalization’s impact on public services. In 2017, 2018, and 2019 Robin was listed by the Swedish business magazine, Veckans Affärer, as one of Sweden’s most influential women, primarily in technology and also ranked as one of Sweden’s top 100 public speakers. She is a Fellow of the Royal Swedish Academy of Engineering Sciences

Teigland is currently leading several projects investigating AI and its influence on value creation in society and how the convergence of disruptive technologies including AI is transforming long-standing institutional structures leading to new organizational and labor forms. She is an impact entrepreneur and has co-founded Peniche Ocean Watch and Ocean Tech Hub in Portugal, through which she is running several blue circular economy projects, such as the Plastic Chain, Peladrone, the Ocean Community Challenge, and Ecowaterdrone.
Robin is a passionate ocean lover and firmly believes that anyone – no matter their age, education, or location, can participate in making our oceans happier and healthier. She strives to understand how we can use disruptive technologies, such as the blockchain, drones, 3d printing, and artificial intelligence, to empower coastal communities to improve their symbiosis with the ocean for a sustainable future.

Here’s a link to her TEDx talk Peniche and a link to Peniche documentary on RTP Portuguese national TV in August 2019. 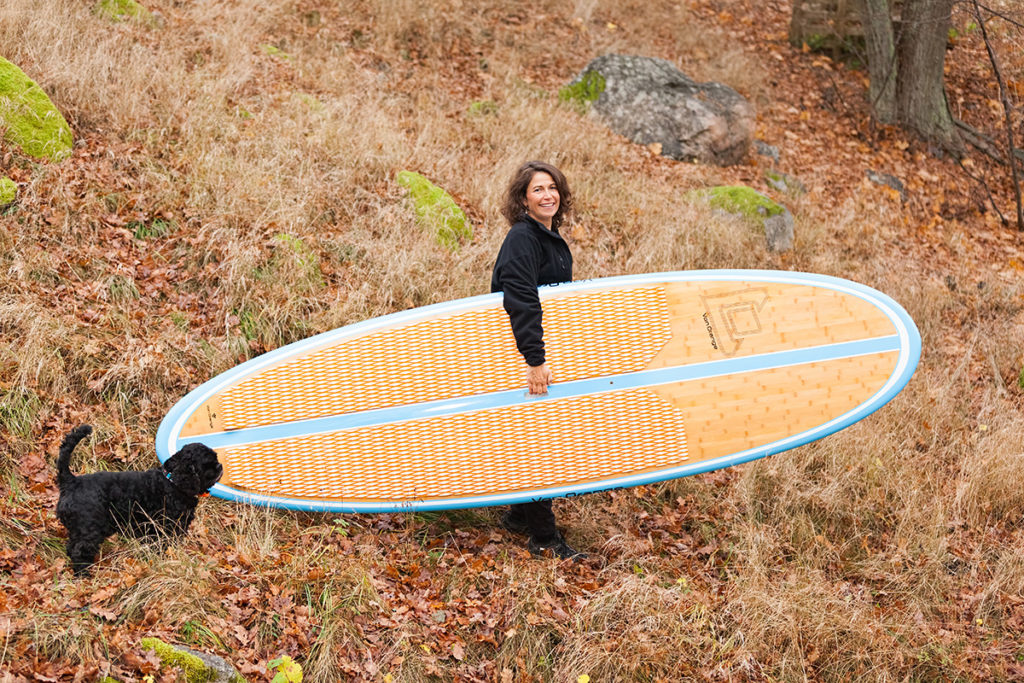 Robin’s research interests reside at the intersection of strategy, technology, innovation, and entrepreneurship.

Robin is frequently interviewed about her research by Swedish and international media and she is a globally sought after speaker.

On a personal note, Robin is from the USA and grew up in Nashville, Tennessee. She does not sing, but is learning to play the banjo.  🙂

She holds a B.A. in Economics with Distinction from Stanford University, an MBA from the Wharton School, an MA in International Studies from the University of Pennsylvania, and a PhD in Business Administration from the Stockholm School of Economics. While at SSE Robin sat on SSE’s Board of Directors from May 2017 to October 2018, and she was the Program Director of SSE’s PhD Program in Business Administration 2010 to 2015. Outside of SSE, Robin is a Fellow of the KIN Center for Digital Innovation at the VU University in Amsterdam and a member of the Singularity University Portugal Faculty. She also has a range of work experience, such as venture capital in Silicon Valley, consulting for McKinsey & Co. in Sweden and Spain, an entrepreneur in Norway, production operations for Esso in Chile, stock brokerage in Spain, and international banking in USA.

In her free time, she enjoys learning from her five children as well surfing longboard waves and co-running her Ocean Tech Hub coworking/coliving space and Go4Surf surf school in Peniche, Portugal.